Welding fume: how bad is it?

Welding is a high-risk activity in many ways; but the inhalation of welding fumes and gases can have serious effects.

Welding fume is made when a metal is heated above its boiling point. The metal cools and then condenses into fume; fine particles that can be breathed in. Welding fumes contain substances including metallic oxides, silicates and fluorides, which we now know are carcinogenic.

In 2017, all types of welding fumes were reclassified by the International Agency for Research on Cancer from a Group 2B (possibly carcinogenic to humans) to Group 1 (carcinogenic to humans). Until then, there had been a suspected link to cancer, although the direct connection was unproven, even though it was known that welders had a 30 to 40% increased risk of lung cancer compared to the general population, as far back as the 1980s.

There are also many other serious effects of the inhalation of various welding fumes and gases. Other long-term effects include impacts on the respiratory system, nervous system, cardiovascular system and the skin. (Ultraviolet radiation from welding processes was also reclassified as a carcinogen in 2017, as a risk of skin and eye cancer).

Potential short term impacts include metal fume fever, exposure to ozone and exposure to nitrogen oxides, which respectively produce symptoms such as irritation, inflammation of the respiratory tract, excessive fluid in the lungs or influenza-type symptoms such as fever, aches and vomiting.

In Australia, manganese and copper are still used in welding consumables, where they have been banned in the USA. The following warning can be found on welding wire packaging used locally: Overexposure to manganese fumes may affect the brain and central nervous system, resulting in poor coordination, difficulty speaking and arm or leg tremor. This condition can be irreversible.

How can a product with such dire health risks be acceptable to use on a day-to-day basis in Australia? The industry has safety guidelines that should be followed to minimise any such risk.

Controls for these welding hazards include wearing appropriate PPE, exhaust (not just natural ventilation), surface preparation, isolation of welding activity, and choosing welding processes and consumables that are less hazardous, where possible.

However, many welders and people in the industry will know that these precautions are not always followed on the job. This might be because owners, operators and sometimes welders are not fully aware of the health risks involved.  Exhaust systems may not be designed or maintained effectively, natural ventilation might be relied upon, and sometimes the procedures seem too inconvenient to bother with.

Ultimately, protecting yourself and workmates from inhalation of welding fumes is worth the inconvenience and the cost. The negative effects may not be immediate, but can last a lifetime.

Have you had any experiences or concerns with welding fumes? Feel free to comment below.

Tullamarine Freeway sign falls - Was it a weld Failure? 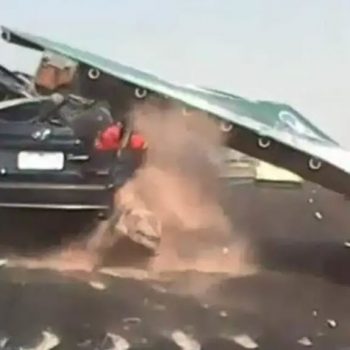 Welding Safety- the often unheard-of risks to your ears 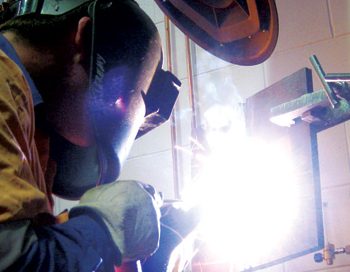