South Australian small businesses are calling for greater government accountability, a fair payment regime from Tier 1 contractors on major projects and a tertiary education system that will ensure training provides new employees with relevant skills at the right level. 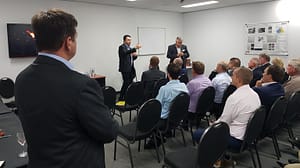 Around 50 representatives of South Australian small business voiced these and other concerns at an event hosted byAustralian Welding Solutions at its Melrose Park facility last week, where SA Best party leader Nick Xenophon and Federal Senator Rex Patrick outlined the party’s position on major issues, took questions from the audience and even received an impromptu welding lesson.

Australian Welding Solutions managing director Neville Cornish said the evening was not intended to show industry support for SA Best, but to hear what politicians standing for the State election had to say.

“This event isn’t political,” Mr Cornish said. “We have invited politicians from all the major parties to just come along and tell South Australian businesses what they intend and to hear our concerns and issues. So far Nick Xenophon and Rex Patrick are the only ones who have accepted our invitation.”

The gathering included a cross section of Australian manufacturers and service companies working across industries such as defence, construction, civil engineering and management consulting. 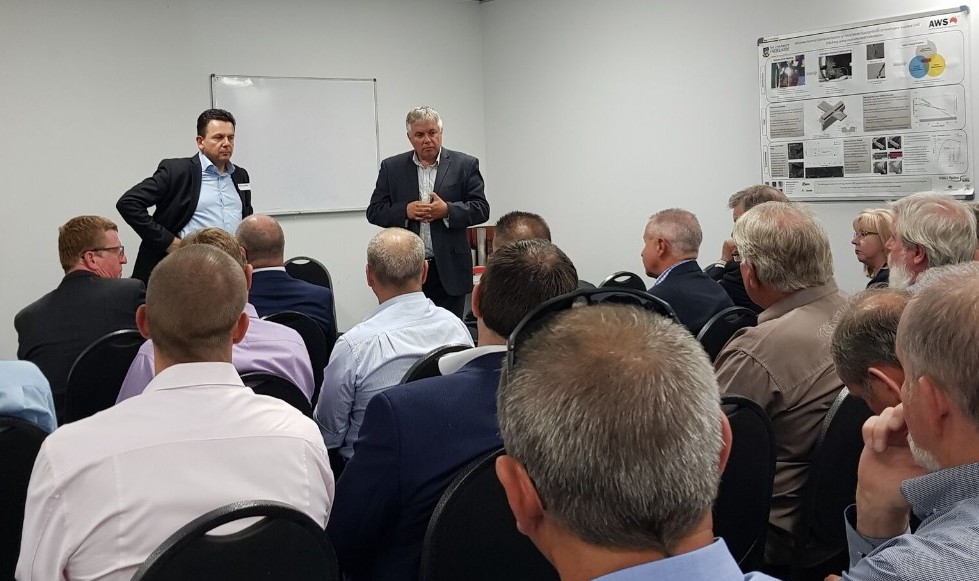 When asked to air their concerns they spoke of government departments showing little accountability in their dealings with business, of the perils of being a small contractor on large projects, and of a lack of faith in the ability of tertiary education institutions such as TAFE to produce graduates with necessary advanced skills.

With major civil works in progress around South Australia, relationships with prime contractor companies and their payment policies came in for pointed discussion.

“If you go and buy a cup of coffee you pay for it before you drink it,” said Neville Cornish, “But in our industry, they say we’ll pay you when we’re ready.

A supplier working in the building industry noted, “As subcontractors you go and pay your wages, you buy your materials, you go to site, you install the job. Ninety days or 120 days later you find out that you’re not getting paid on time for, in some cases not getting paid at all, for a variation.

“What we need to do is we need to have mandatory reporting in the construction industry. We need to know what payment cycle is occurring, when subcontractors are putting in their invoices and when they’re actually getting paid. We need to monitor these things as a start.”

Other audience members spoke of a lack of professionalism when canvassing government departments on business assistance schemes, and of still paying an import duty on components from overseas that were deemed to be in competition with Australia’s car manufacturers, even though the industry had ceased to exist. Another described the irony of having an Australian standard for manufactured equipment, but with no law requiring imported competition has to meet that standard.

All agreed that South Australia’s secondary and tertiary education systems needed to ensure they were producing graduates with the skills that industry actually needs, rather than tuning courses to ensure high pass rates.

“We need to get those kids actively engaged in schools, so they get involved in STEM subjects,” said one visitor. “But if we dumb down the classes so we can say these kids have all got their piece of paper, if that piece of paper is dumbed down and they’ve got no job afterwards, we’re not actually helping them.”

And all agreed that accountable government was critical for the future of the State.
Nick Xenophon said his time as a Senator for South Australia had revealed various Federal processes that could be implemented in State Parliament for better transparency
“If you have a system where you’re not accountable, question time is a joke,” he told the gathering. “In the Senate whenever there’s a contentious piece of legislation it goes to a committee. You have public hearings, you call evidence, you hear both sides, you thrash it out. There’s none of that in State Parliament.”

A local businessman summed up the thoughts of many when asking for an accountable government.

“We’ve always had to show productivity and reliability in our jobs,” he said. “If we don’t, we don’t have a job. It (politics) seems to be the only thing in the world that you can do, stuff up to the max and still have a job. It’s got to stop.” 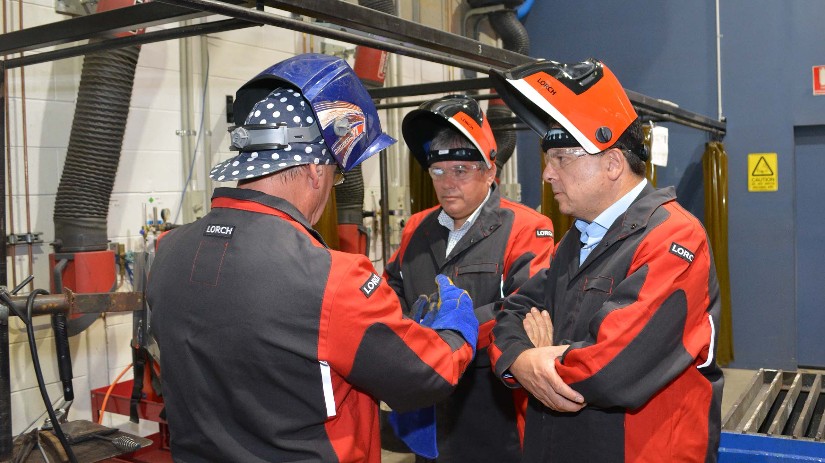 Neville Cornish said he had not hosted the meeting to favour a particular party, and that all  State politicians would be welcome to put their views to South Australian industry.

He has decades of engineering experience including manufacture of modules and equipment for both the Collins Class submarine and Anzac Frigates, Bushmaster and M113 military vehicles and major infrastructure projects. Australian Welding Solutions established the welding procedures, training and quality inspections for the Collins class, working on advanced metals and alloys.

As a highly-experienced welding expert who sees the trade as an advanced craft, Cornish believes manufacturing and the skills and training infrastructure required to support the industry are now being marginalised in South Australia, with serious consequences for the future.

“South Australia back in the day was a large engineering state,” he said. “Not only heavy engineering but also we used to make whitegoods, televisions; trains, planes and automobiles, basically.

“That was before those who lead us decided we needed to play on a level playing field with our international competition. But the fact is there is no level playing field: the rest of the world sponsor and support their industries and South Australia should do the same for its own future.”